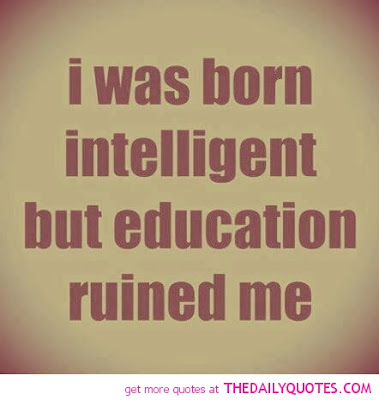 These ceremonies and the National Statuary Hall will teach the youth of the land in succeeding generations as they come and go that the chief end of human effort in a sublunary view should be usefulness to mankind, and that all true fame which should be perpetuated by public pictures, statues, and monuments, is to be acquired only by noble deeds and high achievements and the establishment of a character founded upon the principles of truth, uprightness, and inflexible integrity.

Any genuine teaching will result, if successful, in someone’s knowing how to bring about a better condition of things than existed earlier. While comparing both my mom and step dad with the set of education that they have it really shows me how having an education really is the key to having a successful future.